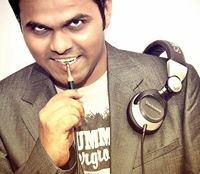 Dj Prem Born and Brought up in Mumbai.
He is into DJing since 9 years.He started His career with doing private parties,
events,corporate shows and then finally to clubbing.
Music has always been the biggest passion in His life and He love to share this passion with all the music lovers.

Spinned with the most happening DJ's in Mumbai.

Over the past Six years, he has risen to meteoric success. And this DJ star continues to stay on the rise.

Was Resident Dj For "Zero Degree"

Was Resident Dj For "Piano Bar"

Was Resident Dj For "Circus Circus"

Was Resident Dj For "Geoffery's"

• In House Party for Mahesh Manjrekar With DJ Pratik.

To know more about Prem Chavan