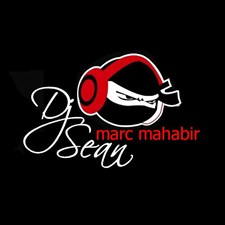 Sean, who`s Real Name is Marc Mahabir, is an Upcoming Remixer on the Isle of Trinidad and Tobago aspiring to Become a Producer in the Long Term. Born and Raised in the Town of San Juan, Sean hopes to One Day make a Major Influence in the Growth of Urban Music (Rap / Hip Hop / R&B) in his Country.
Even though he`s Basically New to the DJ`ing Scene on Reverbnation, he`s actually been around a Long Time doing this Sort of Thing but on a Low Profile. He`s also got the Experience and the Right Connections to alot of Music Oriented People - Most of them Being Artists, Music Producers, Club Owners, Deejays, Sound Crews and Radio Personalities. He has already Received many Praises and Awards for his Contribution to the Local Music Scene. Many he`s Worked Alongside but he Admits his Major Influence was his Dad. He Quotes “Because of Him it`s why i got a Vast Knowledge of Music Ranging from the 60`s, 70`s, 80`s , 90`s and today… The Talent just Runs in the Family and many People who Know us Well will Agree." His Dad was the Popular Business Owner of Soundwaves Limited located in his Hometown of San Juan ; A Small Music and Electronics Store which has been Running for Over 25 Years Strong! His Younger Brother is also an Upcoming Deejay in his own Unique Style, currently One of the Deejays at the Popular ‘Club India’ Nightclub located in Chaguanas, formerly Known as Spinmaster Sunil.
After his Father`s Passing in January 2009, Marc, alongside with his Brother, inherited the Business of their Father. Other than being a Business Owner, he also Involves himself in Other Music Related side Projects such as Minor Studio Work with Local Studios but as a Freelance Sound Production Engineer. Currently he`s Involved with a Local Sound Cew with North American Connections dubbed as Mixmasters International. Comprising Mainly of Deejays from Trinidad & Tobago, Barbados, Jamaica, Canada & the United States. Sponsored in Trinidad & Tobago by a Small Studio Owned by Kevin ‘KEV’ Ragbir and also Funded by a Popular Radio Group in Barbados. Being a New Music Group, they Hope to be Able to Carry it to Greater Heights in the Years to Come.

To know more about Deejay Sean